A Gathering of the Glands!

she can suck Katarina's cantaloupes, one by one...what a heavenly treat! Denys DeFrancesco and his camera crews capture eye-filling angles on the action as Jane's mouth takes in Katarina's lush nipples. The gals look at us as they enjoy their bodies...Katarina hefts Jane's jugs, then the two of them both lick Jane's nipple. They stand up, and the warmth of the sauna makes their melons gleam with sweat. Katarina rubs her tits against Jane's, and then Jane turns around and Katarina rubs her bells against Jane's jutting butt...and we see the deep cleavage between those two delectable knockers. Yes, the ladies know we're watching...as Katarina leans over Jane and takes off her bikini bottom. Then Katarina presses her rack into Jane's crotch...lifting up her boobs, she runs them over Jane's bosom and then the girls entwine themselves on the sauna bench, rubbing their perspiring paps together. Jane leans back, and so does Katarina, and they rub their thighs against each other's quim...while their titties sway and jiggle with each lascivious move of their bodies. Then Katarina leans over Jane's chest once again, sucking one of her tits into her mouth as Jane does the same with one of hers...the soft inviting boobs look so inviting. Jane sits up, and lets Katarina lay back across her lap, so that their tits can mingle. Then Katarina squats on her haunches and takes Jane's nipple into her mouth for one last long suck, before all four of their boobs are lined up for the lens in mouthwatering farewell shots! 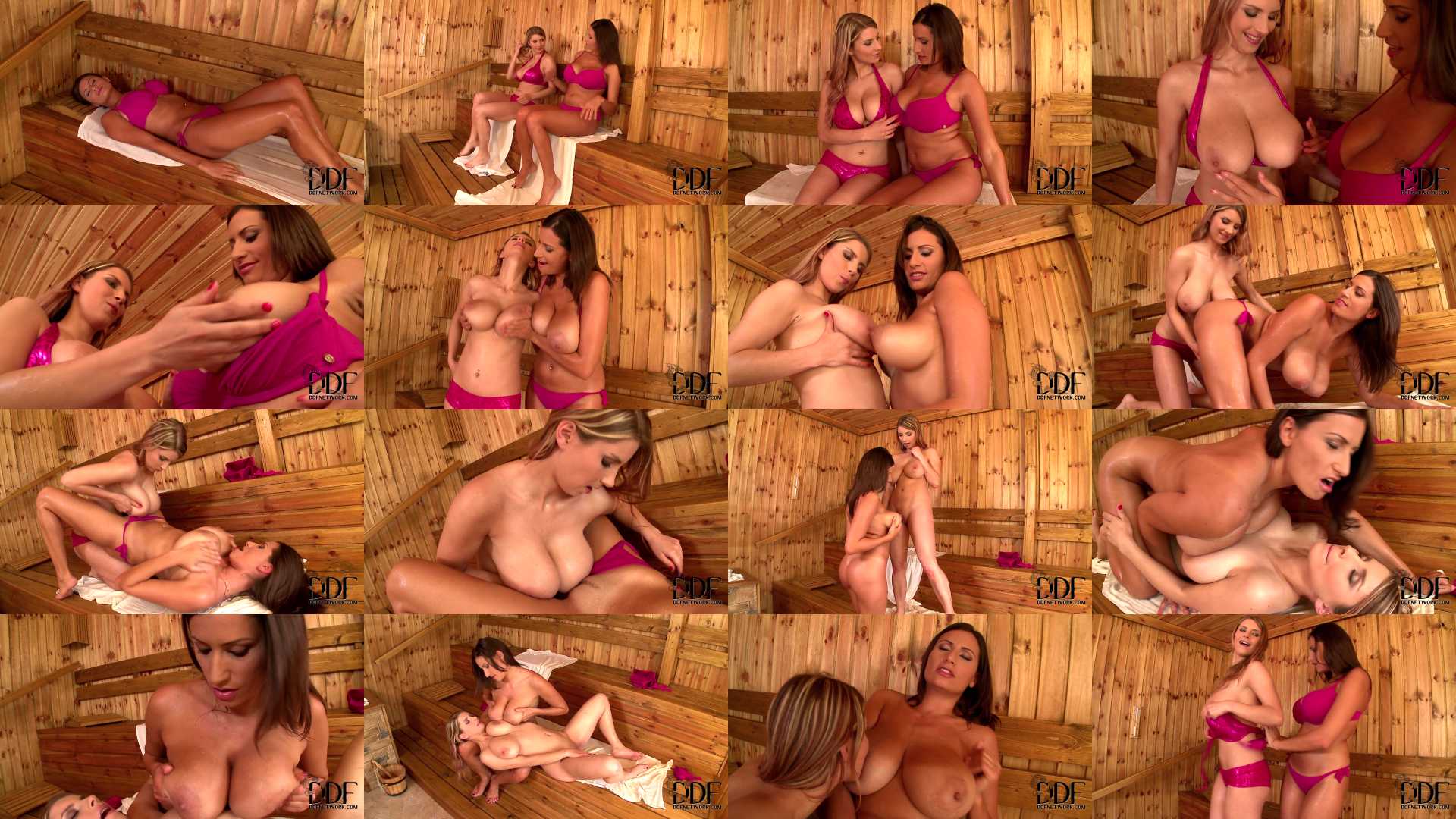