House of Taboo presents: In modern controversial society, some people openly criticize marriage as a form of bondage in and of itself; but in today's roleplay scenario starring Rebecca Jessop as the lesbian groom and Clanddi Jinkcego as her bride, 'tying the knot' is taken to further extremes! No sooner does Rebecca carry Clanddi over the threshold, than she gets her bride to pass out and then ties her up on the bed while... show more

she's still in her white wedding gown! With Clanddi's wrists and ankles bound to the frame, Rebecca then takes off her own black duds and makes herself more comfortable. Clanddi is still out like a light as Rebecca takes her huge 34DD tits out of her bodice and feels them up. Clanddi awakens but Rebecca silences her with a well-placed hand, even as she continues to tweak Clanddi's nipples. Rebecca takes off her own bra, freeing her personal 36F endowments, which she presses against Clanddi's face while rubbing her pussy. She tugs Clanddi's thong up her snatch, and then she licks it. Next Rebecca takes off her own panties and sits on Clanddi's face. Then she rubs Clanddi's bouquet of roses against the bride's bosom and crotch, tortuously tickling her. Finally Rebecca takes out a big vibrating wand and stimulates Clanddi's tits and pussy. It looks to us like the bride has just gotten enough proof either for a lifetime of kinky bliss or an instant annulment in the morning! 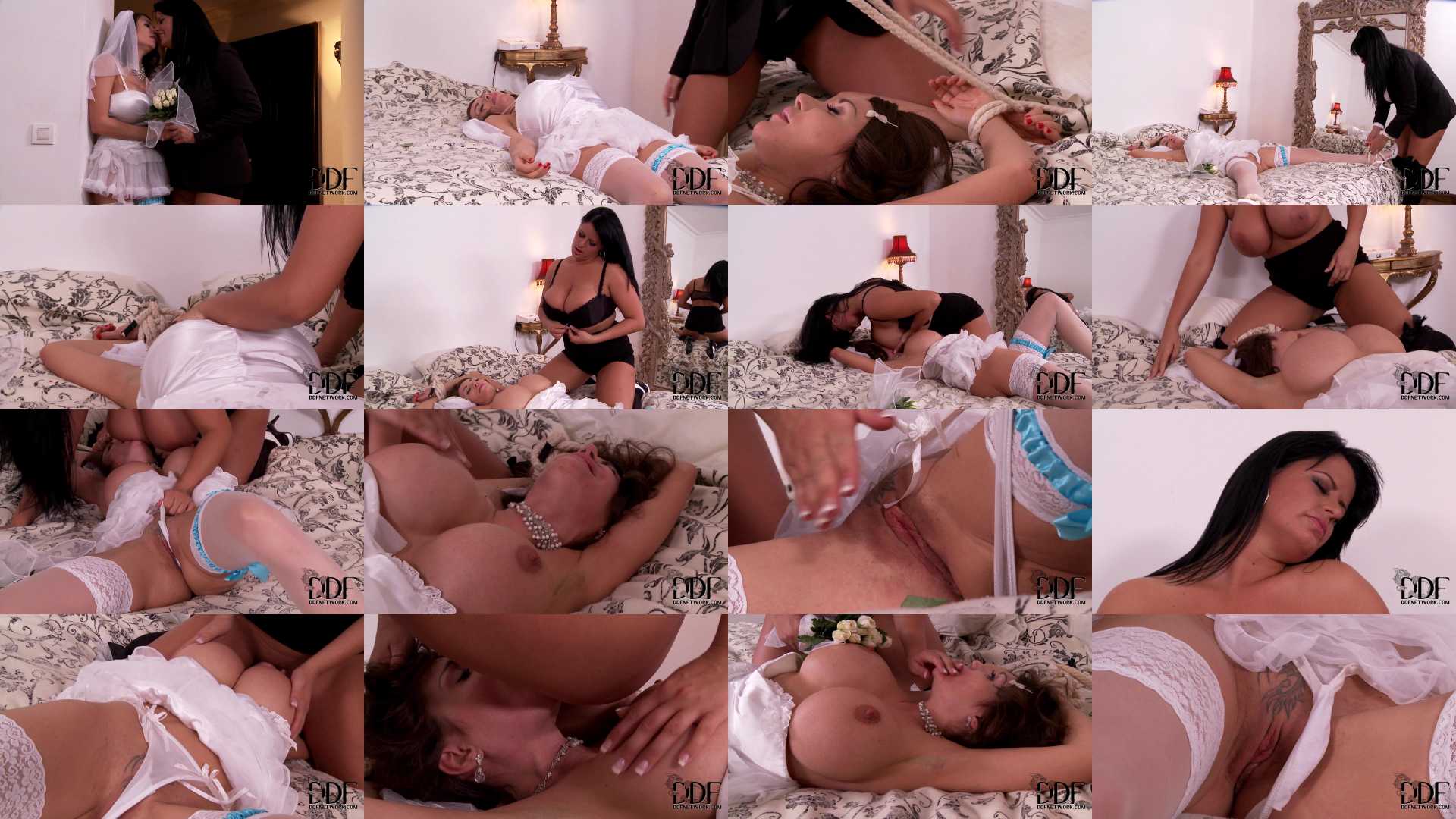